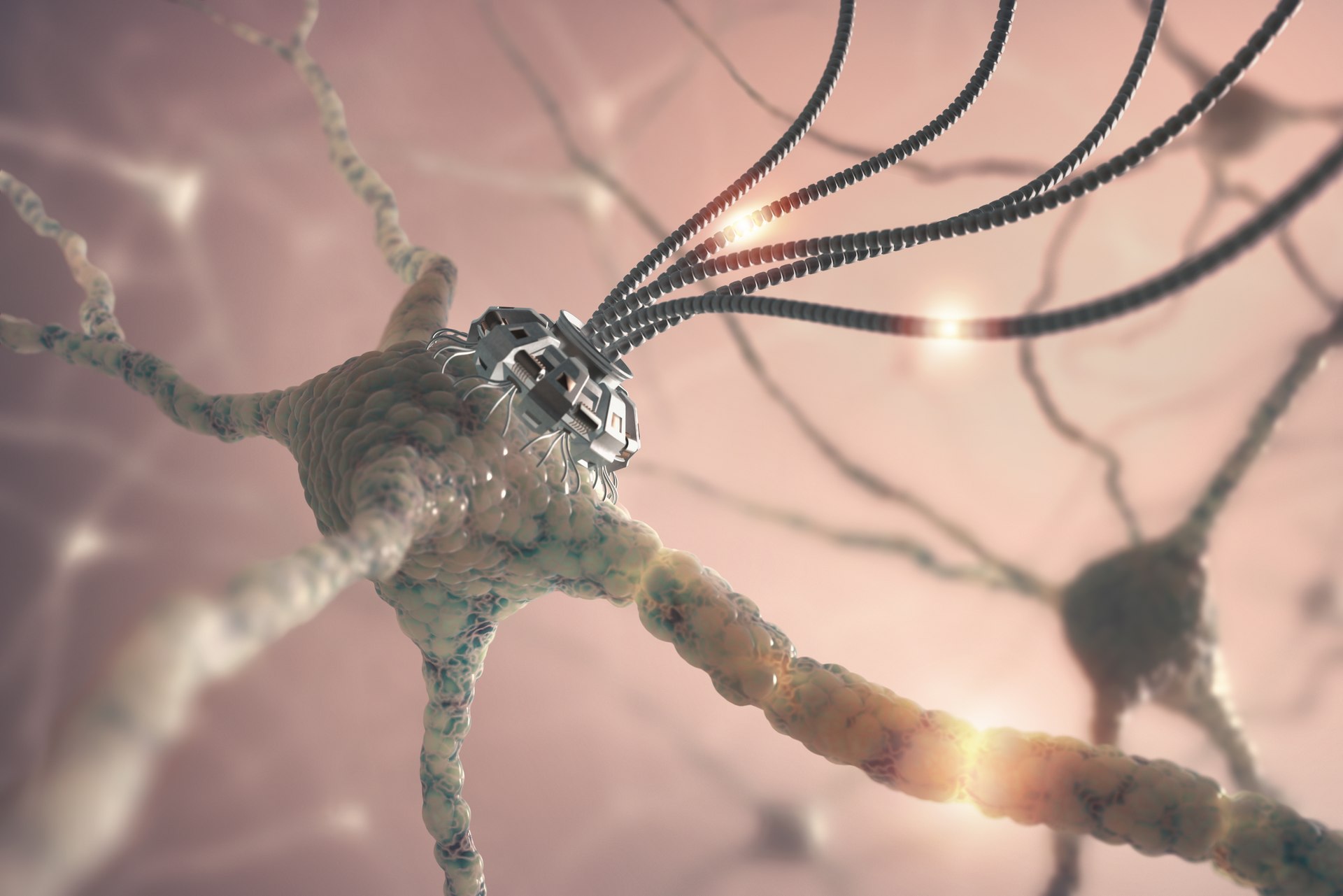 HOW DOES IT WORK?

OUR MENTAL AGENTS CAN PERFORM TRANSFER LEARNING USING ONLY A FEW DATA POINTS.

How do we differ from traditional machine learning?
Download infographics

In terms of machine learning language, platform MENTAL lays a “knowledge blanket” that imposes inductive biases over a deep learning network—as proposed by the theory of practopoiesis. This knowledge is inserted into the blanket during the initial training—as conceptualized at AI-Kindergarten.

What is it all about?

Transfer learning may be the today the most popular technique for creating deep learning applications. Whenever a deep learning model already exists within a certain domain, transfer learning can be applied. One does not train deep learning models from scratch. Rather, an existing model can be used to transfer knowledge from that model to a new model. For example, if one needs to classify various picture of shoes, an already trained model for classifying pictures of cars, houses and fruit can be used. As the knowledge is being transferred, the training of a new model (for shoes) becomes faster if using an existing model (for cars) than if the training is made from scratch.

With MENTAL one fundamentally achieves the same effect as with the traditional transfer learning, except that the transfer of knowledge is much more effective. Learning becomes even faster. Fewer examples are needed. Better generalizations is achieved.

We think that MENTAL technology is revolutionary. It is transfer learning on steroids! It has the power to change the fundamentals of how we develop and apply deep learning models.

Besides the transfer learning there are other advantages of MENTAL technology. Keep reading to find out.

Every textbook on machine learning will tell you: “You need to have a good set of training data”. An access to a large amount of data is necessary for training an AI. In a way, the intelligence of AI is sucked out of a pool of data.

But once you have created such AI, the resulting solutions do not seem to be much alive. Their responses are quite stereotypical. They don’t seem to come up with new ideas. To refresh behavioral pallet of your AI, you need to repeat the training process: collect sufficient amounts of data and go into training conducting basically intensive number crunching.
That’s not an exciting life for an AI. Wouldn’t it be much better if an AI would change itself on the go? What if it was learning as it was working, including even single events telling it that it should change its behavior?

We have succeeded in creating something like that. After having studied similar abilities of the real brain, we underwent an intensive creative process. We asked the question: What can be done about AI technology?

The result is significant.

We basically created a new technology — a new category of machine learning, if you like.
While usually you need a large training set each time when you learn something new, here we learn from such sets just once. We collect a large data representing a certain domain such as for example, character recognition. What we do then is not creating an agent to recognize the characters from that data set — as you would traditionally do in machine learning. We do not develop an expert for those characters that can be found in the big data set.

Instead, we do something else, something much cooler. We create an agent that becomes an expert in learning— for example, new characters. That means that we do not care so much how well is our agent classifying characters. What we care about is how quickly it can learn to classify new characters. And more importantly, we want it to be really, really good at this learning.
And to qualify as “really, really good”, the agent has to satisfy the following three criteria. We posed a three-way one-shot challenge.

We have done exactly that, as you can experience in our demo.

Now, take this technology for a creative mental ride and imagine what you could possibly do with it.

You could have an AI that is alive, that changes itself in a natural way as the world changes around it. It never stops learning and hence, it never gets out of sync with the ever-changing surrounding world. Even if the world gets crazy and suddenly, from one morning to the next, an A is no longer A, but is suddenly a B. No problem. Or a government decides to change spelling; which actually they do sometimes? Again, no problem. Or an AI gets a human owner who is quite weird, was educated at some remote island and had a really weird teacher who was as an ayahuasca researcher in the same time, and hence spells things a bit awkwardly. This is not an issue. The AI adjusts to the person; no need for person to adjust to AI.

This is only a beginning of the ideas for using that fast-learn technology. How about economic, political and legal conditions that change all the time? Stock rise and fall, interests fluctuate, political situations change, nations that are friends become foes, unexpected leaders come to power, companies suddenly crumble, parliaments bring up new laws. How are you going to respond to those, if you did not have had even the time to collect large amounts of data needed for classical machine learning approaches — and by the time you collect enough data, it is already over, the world has changed once again. So with traditional machine learning you can never properly catch up.

Imagine having then an expert on sounds, walking, driving on a road … whatever, that learns every new environment as the situation evolves — i.e., in real time, as the context is being defined. This can be then done for new contexts that haven’t ever occurred before, provided an initial training on a representative subset of known contexts, and provided that you learned how to quickly learn.

Is this theoretically doable at all? Of course, it is. This is exactly how we humans go around our own lives. So, why wouldn’t we give such lives to our AI?

Mr. Character is a proof of concept

Please explore our platform MENTAL and try out our proof of concept, Mr. Character, who is an expert for learning hand-written symbols. Feel free to stress him up and make up your own digits. See how quickly he can learn characters that you invented, on the spot.

After having evolved Mr. Character to a mature point by having him watch Latin letters and Arabic digits only, you can now teach him to read a new writing system even if having just one exemplar per letter.

Don’t believe it? Try. You can train Mr. Character online using your own writing system.

Heck, you are able to make up a completely new alphabet. Mr. Character won’t mind.